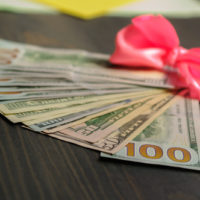 Inter vivos gifts are commonly challenged on some of the same legal grounds as wills, for example undue influence and fraud. Therefore, a person who wants to avoid a will challenge after his death and makes his gift before he dies cannot be guaranteed that the inter vivos transfer will not be challenged anyway.

Proof of inter vivos gifts can also be used to show that a person who is contesting a will actually received his share of an inheritance during the testator’s lifetime. For example, a father leaves his property to his two children in through a will which leaves a larger share to one child over the other. The child who receives less in the will can contest the will arguing that his sibling received more in the will because of undue influence. However, the sibling who received more under the will can argue that the contesting sibling actually received his inheritance while their father was alive, and that accounts for the difference in how the property was divided in the will.

Despite the possibility of a challenge to an inter vivos gift, there are many valid reasons for a person to make an inter vivos gift or transfer. In order to determine whether making such a gift or transfer fits into your larger estate planning goals, you should consult an experienced estate planning attorney. Contact the Millhorn Elder Law Planning Group located in The Villages, Florida for a consultation.