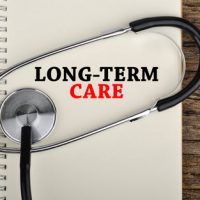 Almost 6 million Americans currently have Alzheimer’s disease, and the numbers could explode in the coming years. Although many people fear the disease, there is unfortunately a lot of inaccurate information floating around the web. This misinformation ends up hurting people by delaying a proper response to a diagnosis. According to WebMD, here are some of the leading myths about Alzheimer’s.

Myth #1: Everyone Loses their Memory, Even those Without Alzheimer’s

It is certainly true that most people will experience some memory loss if they live long enough. It isn’t unusual for people to struggle to remember a name or forget why they walked into the kitchen. This is a normal part of aging.

However, Alzheimer’s is different. You might forget things that are routine, such as how to get to your favorite restaurant or to your children’s house. Also, the memory loss begins to interrupt your daily living and can impede your ability to maintain independence.

Sometimes, it isn’t always clear if your memory problems are normal aging or indicative of a larger problem, so meet with a doctor if you have concerns.

Myth #2: Only Old People Get Alzheimer’s

The majority of people with this disease are 65 or older. But that doesn’t mean Alzheimer’s is exclusively a disease of senior citizens. Instead, about 1 in 20 people with Alzheimer’s get it before their 60s, sometimes as young as in their 30s. Many doctors suspect that early-onset Alzheimer’s is genetic.

There are also many different dementias which, if not Alzheimer’s, can cause memory loss and brain damage. A doctor can go over your medical history and check if you have concerns.

This is just one of many myths that identify certain “causes” for the disease and are nothing more than urban legends. Others are that cooking with aluminum pans or getting a flu shot cause the disease. These are all false. As of now, medical experts do not know what exactly causes Alzheimer’s, but they can confidently rule out these myths.

This is not true. There are no cures for Alzheimer’s disease. Once you get it, it will continue to progressively worsen.

Now it is true that doctors suspect that diabetes, heart disease, and high blood pressure might contribute to Alzheimer’s, and exercise can improve all of these conditions. Doctors have also found that a forerunner of Alzheimer’s, mild cognitive impairment (MCI), can respond well to exercise and dietary changes. However, it’s wrong to think taking up weightlifting or running will cure anyone of Alzheimer’s once they have a diagnosis.

Myth #5: You Can Prevent Alzheimer’s by Training Your Brain

Some people think if they do puzzles or other brain twisters like Sudoku that they will be able to prevent Alzheimer’s. As reported by the Washington Post, though, a large scale study concluded that brain training exercise offered at most a small benefit to participants.

If a loved one has Alzheimer’s or another dementia, you should consider the legal implications. The Millhorn Elder Law Planning Group is a leading law firm in the Villages that can help. You can reach our long-term care planning attorneys by calling 800-743-9732.