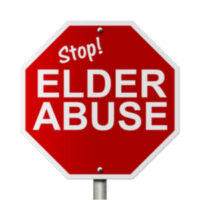 Governor DeSantis has recently signed legislation that allows for the creation of review teams across Florida tasked with investigating suspected elder abuse fatalities. We welcome the creation of these teams, as elder abuse has proven difficult to eliminate around the state, including in nursing homes.

According to media reports, the law does not mandate the creation of a review team. Instead, it allows each judicial district to create one. Because they are such a good idea, we encourage all districts to create one.

The creation of elder abuse fatality review teams does not come out of the blue. Already, there are teams that review deaths related to domestic violence and child abuse. Creating teams to investigate elder abuse deaths is a sensible extension of current practice.

The review teams could possibly reduce elder abuse, especially if people realize that any death of an elderly person could possibly be reviewed later. The government could also uncover gaps in services that contribute to the death and make changes that improve the safety of our seniors.

Certainly, the state would benefit from increased attention to elder abuse. Previous investigations by USA Today found that many nursing homes were guilty of neglecting their residents. However, the state’s Agency for Health Care Administration did not follow up when a resident died in these homes—even though neglect or abuse could have been a factor. Instead, homes with multiple violations continued to operate and provide poor care to paying customers.

If a state’s attorney creates a team, it would be staffed by volunteers. Those likely to serve include lawyers, judges, elder care advocates, and others committed to protecting this population.

Each team would have the power to review cases, including those that are closed by the state attorney without any criminal charges filed. The review team can analyze how investigators handled the case, as well as if improvements can be made that benefit and protect seniors.

There have been child abuse death review committees for more than two decades and review teams for domestic abuse for more than a decade. The law was proposed after with prodding from representatives from the Women’s Center of Jacksonville.  The Senate passed the bill unanimously this year.

Thus far, Florida has seen nearly 1,500 deaths in nursing homes from the novel coronavirus, which is once again surging in Florida. If review teams are formed, then they might be empowered to investigate how well nursing homes and long-term care facilities responded to the virus.

The media reports that nursing homes were hesitant to support the new legislation, principally because they were afraid that review committees would investigate homes. However, the state senator who sponsored the legislation does not believe that the law gives them the power.

If you suspect that a loved one is being physically, emotionally, or sexually abused, then contact Millhorn Elder Law Planning Group today. Our estate planning attorneys in The Villages represent the rights of the elderly in our community, and we can meet to discuss your case. Call us toll-free, 800-743-9732, to schedule a free consultation.