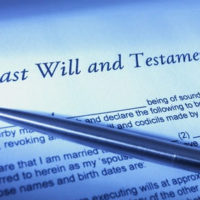 When a person dies without a will in Florida, the law requires that the person’s estate be divided according to Florida’s intestacy law. This means that in most cases, the descendants of the person who died inherit the assets. The law looks first to the person’s spouse and children, and then to other relatives. When children are considered, any children of the deceased who are adopted by other people may not be included in the group of children who may inherit.

Adoptions are not always done with the knowledge of both parents. A man may not know that he has child with a woman who decides to place the child for adoption. If the child is adopted without the father’s consent, this could present an issue to contest the adoption under Florida law. If the adoption is invalidated, a natural child may be able to argue that he can inherit from a natural parent.

Let Us Assist You

If you were adopted and are trying to figure out your rights when it comes to inheriting from your natural parents or adoptive parents, or how others can inherit from you, call an experienced estate planning attorney from the Millhorn Elder Law Planning Group located in The Villages, Florida.