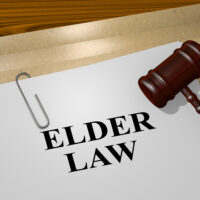 Guardians represent the legal interests of those who can no longer take care of themselves. In some situations, children or people with special needs are appointed guardians. However, many guardians are appointed when a senior becomes unable to manage his or her affairs. When a person is low income and has no family who can serve, the state can appoint a public guardian to serve in this capacity.

From the Orlando Sentinel comes the news that one of the state’s top officials in the guardianship office has resigned. Apparently, there was a backlog of complaints at the Office of Public and Professional Guardians which the office showed no signs of tackling. Richard Prudom, the Secretary for the Florida Department of Elder Affairs, asked for the head, Carol Berkowitz, to resign. In all, the back log totaled about 80 cases, which have since been completed.

The backlog of complaints against private and public guardians initially drew little attention. However, state officials began investigating the case of a public guardian, Rebecca Fierle, who had been signing off on Do-Not-Resuscitate orders (DNRs) without court approval and against the wishes of the wards she allegedly was protecting.

Fierle came to attention when a 75-year-old man died in a Tampa hospital after staff did not administer any life support because there was a DNR filed by Fierle. The man, Steven Stryker, apparently did not agree with the DNR, which the public guardian filed anyway.

Stryker’s death led to an investigation into complaints against public and private guardians, which unearthed several dozen complaints which Berkowitz’s office had not acted on. Mr. Prudom has said that the process for investigating complaints has been streamlined, which is good news for Floridians. The complaints process is one of the few ways to hold guardians accountable when they mishandle their duties.

How to Complain about a Guardian

Some of our clients have elderly parents who need guardians. However, they quickly begin to disagree with the decisions that the guardian makes regarding medical or financial decisions. Rather than stand silently by, they want to complain.

If a loved one has a public guardian, you can complain to the Office of Public and Professional Guardians by calling 1-855-305-3030 toll free. You can also file a complaint online at the department’s website.

If your loved one has a family member as a guardian, you can contact the court. Under Fla. Stat. § 744.107, the court can appoint a monitor to investigate. The monitor can also speak to the ward and report back to the court.

You will strengthen your complaint if you have supporting evidence. For example, if the guardian has made a questionable financial decision, you should get copies of bank statements, credit card statements, or other financial documents.

Get the Legal Help You Need

At Millhorn Elder Law Planning Group, our attorneys have handled many guardianship issues in The Villages, and we understand that this is an area of law with many disputes and complaints. If you have a question, or you want to run some ideas past a skilled and compassionate central Florida guardianship attorney, please contact us today. We offer a free consultation which you can schedule if you call 800-74309732.