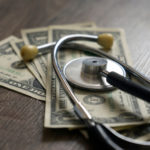 Some Medicaid Planning Basics In Florida

A semi-private room in a Florida nursing home costs over $11,000 a year. And, with most people living much longer, some long-term care is almost inevitable. These costs add up over time, and it does not take long for this expense to erode a financial legacy that it took a lifetime to build. Medicaid… Read More »

Medicare Changes May Lead More Seniors to Stay at Home

Nationwide, there is a growing movement among state legislatures to push for reforms aimed at keeping seniors out of nursing homes. This push comes from a lot of places. For some, concerns about abuse and neglect make people avoid admission as long as possible. Others simply feel dehumanized by being taken out of their… Read More »

What is Florida’s Medically Needy Program, and How Does it Work?

With the implementation of the Affordable Care Act, many states have enacted laws expanding Medicaid coverage by offering insurance to more people than were previously eligible. However, not all states participate in Medicaid expansion. Florida remains one of several states that have opted out of expansion; therefore, it is very difficult for adults to… Read More »

With the 2016 elections well under way, many older adults are wondering how the candidates will shape the future of Medicare, Social Security, and other programs that help seniors. And while the future of health care in America may not be certain, one definitely is going to change – drug prices. The 2016 report… Read More »

Florida is one of America’s best retirement destinations and is home to wonderful attractions, tropical weather, and world-class healthcare. Likewise, many older adults are finding that Florida also offers some of the finest long-term care facilities in the country. When discussing a retirement and estate plan with your Florida elder law attorney, one important… Read More »

The ABCs of Medicare: Knowing the Basics

Over the past few years, American healthcare has undergone a huge overhaul. From the Affordable Care Act to Medicaid expansion, Americans are struggling to decipher the rules and regulations that apply to health insurance coverage. Elder law attorneys often advise clients on health coverage just as much as they assist with end-of-life and estate… Read More »

Three Reasons why STDs are on the Rise in Nursing Homes

Research by AARP over the past five years has revealed that roughly 80 percent of all Americans between 50 and 90 are sexually active. And these numbers hold equally true in nursing homes and assisted living facilities. Florida ranks among the top five states in the country for sexually transmitted diseases among older adults…. Read More »

When admitting a loved one to a long-term care facility, contracts must be signed. In those contracts are little-known and little-understood clauses called “arbitration agreements.” These clauses state that if there is any dispute between a resident and his family, the parties must use a third-party arbitrator instead of going to court. In short,… Read More »

According to the Pew Research Center, Americans are largely devout in their religious beliefs. Specifically, the Center found that: “Two-thirds of the public agrees with [the following statements]: (1) prayer is an important part of their daily life; (2) we will all be called before God at the Judgment Day; and (3) they never… Read More »

Just last month, a local man was arrested by the Sumter County Sheriff’s Office. According to The Villages-News, the man had a long history of scamming elderly residents. It seems there were 18 complaints filed against the man, Robert Wayne Williams. He pulled off his scams by posing as a reputable tree service provider… Read More »